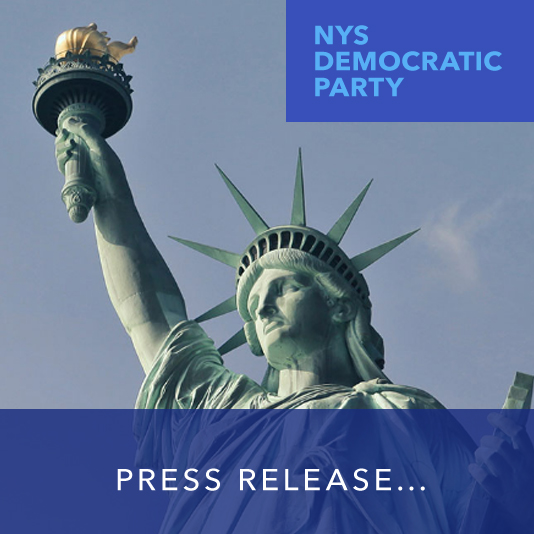 Thank you for your support last year and happy two years of the Biden presidency. Working together with President Biden, New York Democrats have delivered historic results for our state and our country.

President Biden ran for office to restore the soul of the nation, unite the country and build an economy from the middle out and bottom up.

Two years ago, when President Biden and Vice President Harris were sworn in to office:

The President’s economic agenda, including the CHIPS and Science Act, Inflation Reduction Act, and Bipartisan Infrastructure Law, has helped boomed manufacturing across the country.

To date, the Administration has announced funding from the Bipartisan Infrastructure Law for 6,900 specific projects, reaching over 4,000 communities across all 50 states, D.C., and the territories.

President Biden built the most significant legislative record since LBJ by working with Democrats and Republicans to:

As we move into the third year of the Biden Administration, the President will continue to fight every day to grow the economy from the bottom up and the middle out and give middle class families breathing room.

This is in contrast to MAGA Republicans in Congress who are creating chaos and proposing an extreme and divisive agenda that:

We have a lot of work ahead of us this year but with Majority Leader Chuck Schumer and Minority Leader Hakeem Jeffries, New York Democrats will continue to lead the way.

The enewsletter above is shared by DCDC Chair Kathleen Hayek.