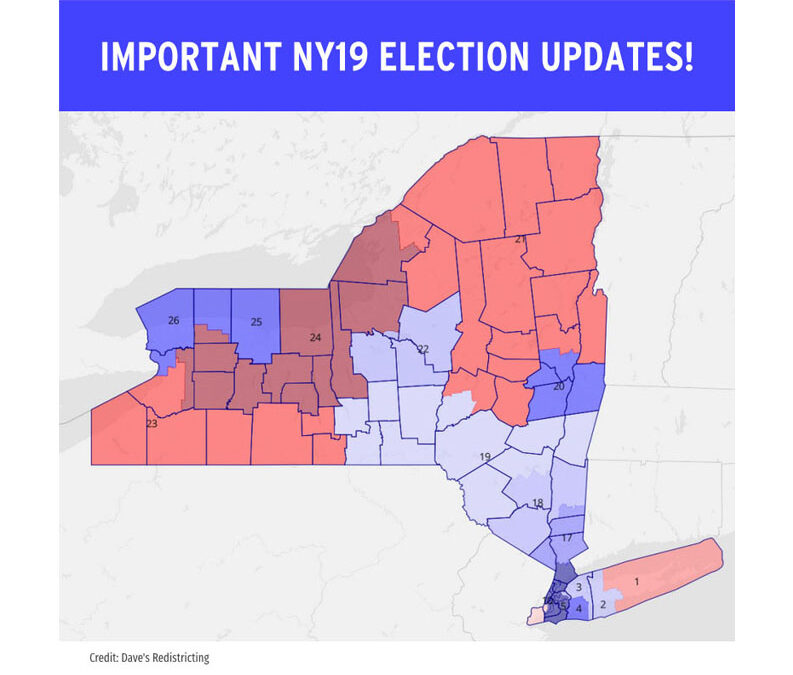 Antonio Delgado, appointed NY Lt. Governor, was sworn in to this new position on May 25, leaving his congressional seat vacant. This triggers NYS Law calling for a Special Election. Voters will determine who completes Delgado’s term serving the current NY19 District.

There will also be a Democratic Primary on August 23rd. Democrats Josh Riley* and Jamie Cheney* are running for this seat. Voters will determine which Democrat will face Republican Marc Molinaro in the General Election on November 8. This election will be the next term of the newly drawn NY19.

NOTE: We have different candidates for these two elections because of redistricting. Pat Ryan lives in the current NY19 district, but was redistricted out of the new NY19. Josh Riley and Jamie Cheney (running in the primary) both live in the new NY19 district.