The Battle’s Not Over for NY19 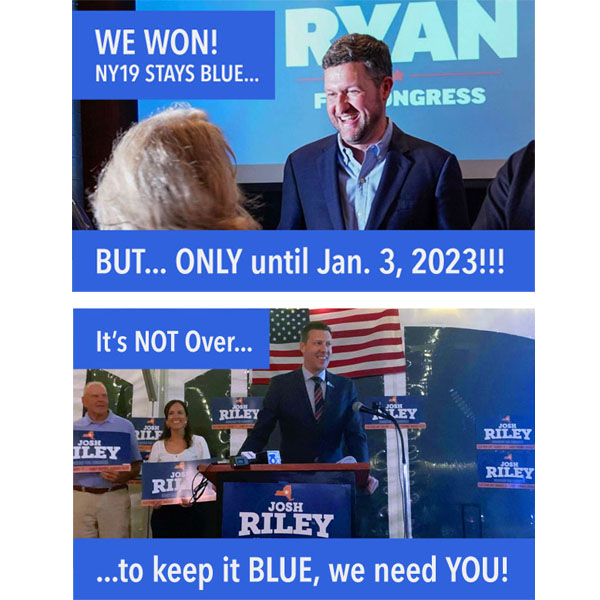 Your voter friends need to know this…

Pat Ryan will serve out the rest of Delgado’s term — which ends January 3, 2023. To keep this seat BLUE, we need to also win the next term General Election, which is coming up fast — NOVEMBER 8, 2022!

Pat Ryan won’t be on our ballot because Ulster County gets split in the new redistricting. Pat Ryan will be running for Congress, but for the new NY18 where he lives.

This November,
we need to elect
our Dem Candidate,
JOSH RILEY,
to the New NY19 term.

Josh Riley just won our Dem primary. He is an excellent candidate and will be a terrific representative. He will be facing Republican Marc Molinaro in the General Election this November 8 for the new NY19 term.

We need high Dem voter turnout to win.
That means investing NOW in things like leave-behind brochures for our door-to-door campaigns. 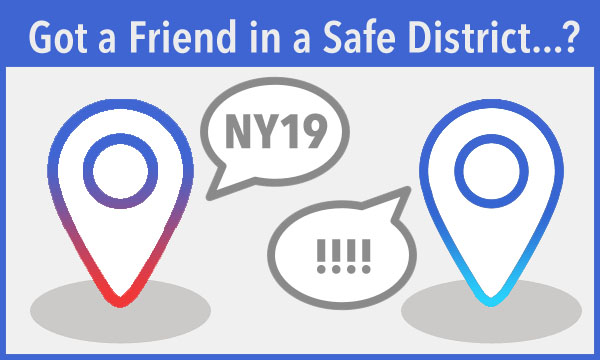 If your friends in safe districts suddenly feel connected to NY19, cultivate that feeling. Encourage them to adopt NY19. Their donations up here now will make a HUGE difference — letting us create the materials we need for our local, grass roots, Get-Out-The-Vote efforts.

Supporters can also consider purchasing an ad in our October 8 Del Cty Dem Dinner ad book. An ad space doesn’t have to be a traditional business “ad”. The space can be used to print whatever message one wants.